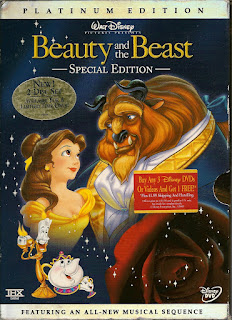 Fantasia completed...
My next assignment was a revisit to Beauty and the Beast... Advertised as a  'Special  Platinum Edition featuring an all-new musical sequence'.

It was an 'All- new' musical number to the public, but for the crew who worked on the original feature, this musical number had been around from the beginning. This sequence had been story boarded but not taken to the animation stage.

One of the most important things I lerned at Disney over the years is the importance of story telling. How to convey a story or get over a story arch is crucial to the success of any entertainment piece.
As the story of B&B played out throughout production, it became apparent that the musical sequence 'Human Again'  was not a crucial part of the story and cutting it would save time and money.

There was a time at the studio when an animated feature was released and after it had played its time in the theaters, it was back in the 'can' for five years or so then re-released to an audience who were not even born for the pictures' premier.

Today it is only months after a theater run before a feature is made available as a 'two disk set on blue-ray' or available digitally to any number of devices.

But, back then the studio wanted to appeal to people who already owned a copy of Beauty and the Beast...What could be done to get the public to buy it again? Give it a catchy name (Encore Edition) and insert the musical number (though shortened from the original) Human Again. Bring in writers, both story and song to fine tune and add to its success....Bingo!

The studio assembled as many of the original animators as possible.

For me this assignment proved to be challenging but fun.

The Human Again sequence required more versatility on my part as there were new characters (mop, broom, pillow, hair pin, perfume bottle, garden tools and plants) and a few old (Lumier, Cogsworth, Mrs. Potts, footstool) that I had not animated before.

As always I started out with thumbnails...

The footstool enters the scene between the suits of armor and sniffs his way to the chair... 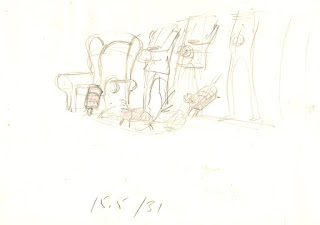 I played the situation as the cushion on the chair reacts like a cat that has awakened face to face with a canine. 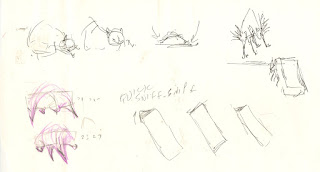 More thumbnails to 'flesh out' the action... 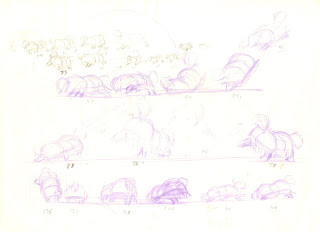 These are the thumbnail drawings I showed the directors to get approval to take the next step which would be rough animation. 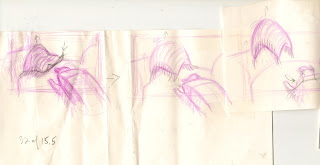 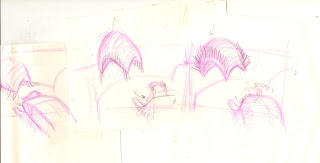 This was a fun scene panning in to the footstool with a load of linen on his back and a chair scurrying by also holding linen. The initial idea was to have the chair walk around the still footstool... 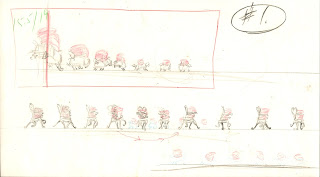 I did not want to loose the silhouette value of either character, so I had the chair jump over the footstool. The idea came to me to have a piece of linen get caught on a leg, adding a little bit more entertainment without detracting from the main point of the scene which was to introduce the audience to the activity of the household objects cleaning house. 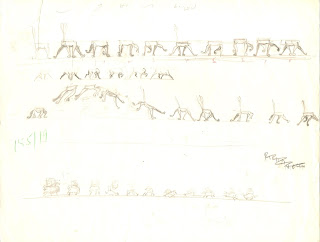 The (above) smaller thumbnails for me and the larger ones (below) to show the directors.

Small rough thumbnails to map out a path of action as the footstool/dog chases the throw pillow/cat across a freshly mopped floor. 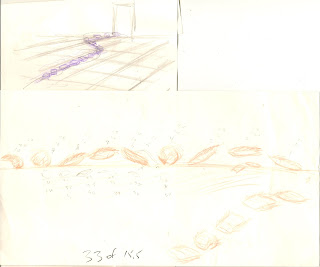 Again small thumbnails with the camera angle as the mops and brooms chase the footstool and pillow out the door...

This action starts off the scene as a broom swats the footstool's behind...

And these 'thumbs' help me work out the animation of the mops and brooms as they chase the culprits that messed up their floor. 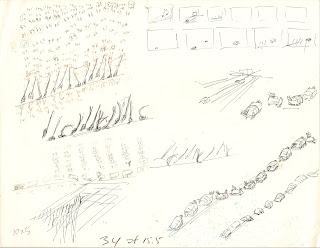 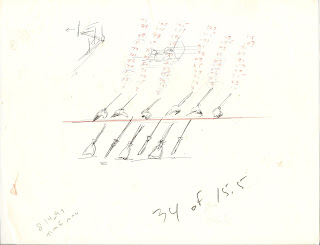 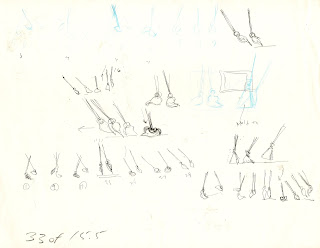 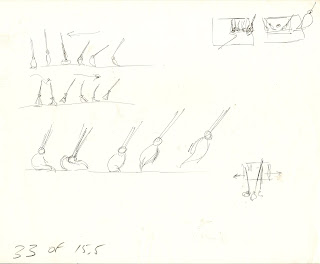 More inanimate objects come to life as the powder puff  joins the dance with a hair pin, perfume bottle and others... 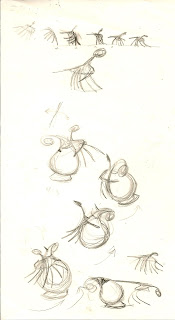 to form a line in front of the fountain as they sing the finale of Human Again.

Again thumbnails to the rescue as I work out a multi-character scene. 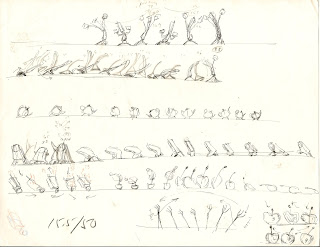 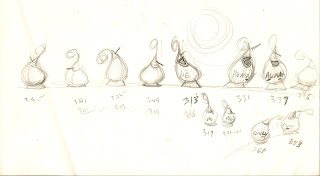 Sequence completed...
communication from management confirming it's time to celebrate. 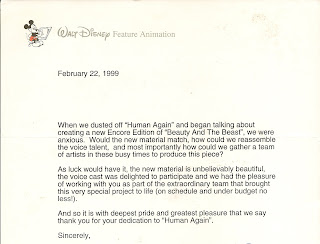 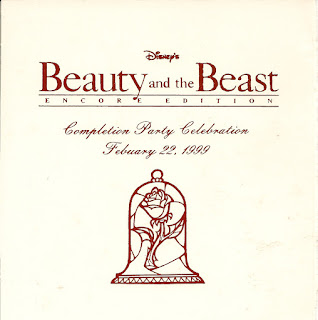 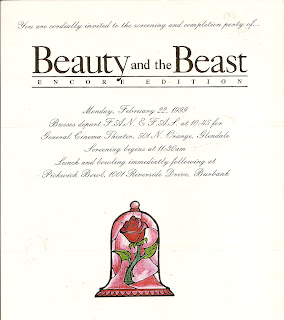 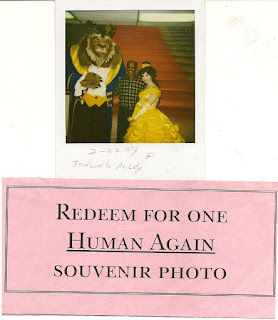