Finding a home in Fantasia...part five 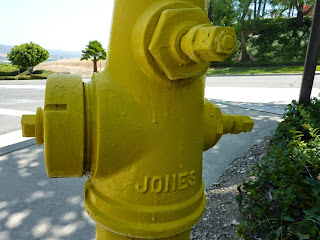 On to the University of Nevada Las Vegas...

I did not travel much as a kid. 30 miles west to Los Angeles and 40 miles east to San Bernardino was the extent of my travel experiences from my hometown Monrovia, CA.  Yet, I found myself living in a new state...

Newspaper article announcing my and Danny's arrival in Las Vegas... 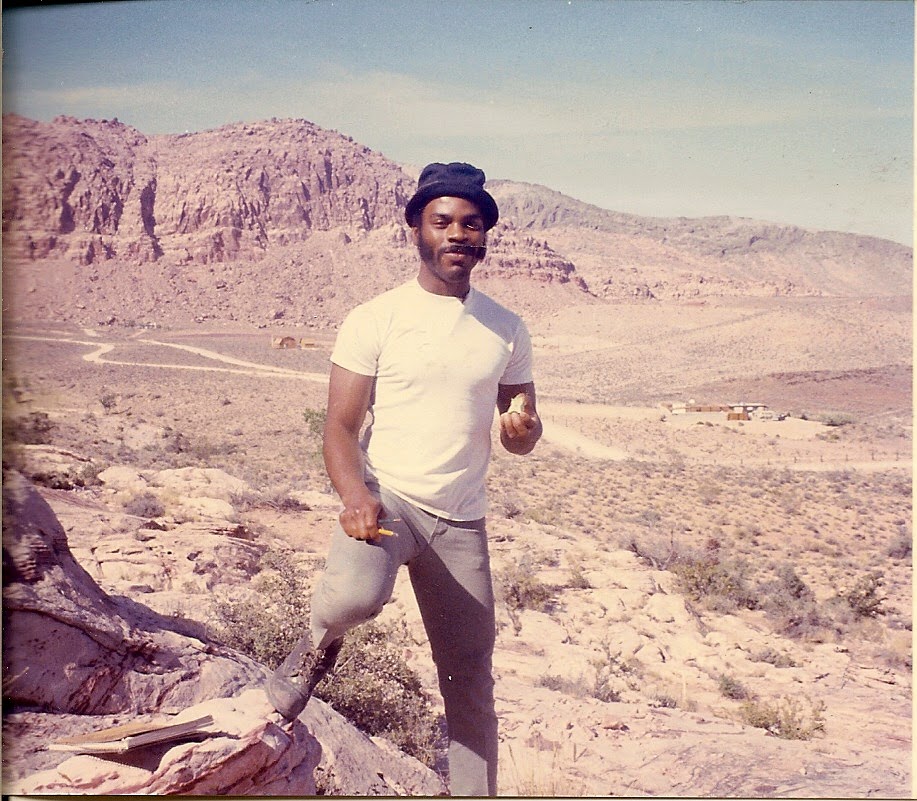 The hills just north of LasVegas. Apple core in one hand, pencil in the other and sketchbook on the rock.


1971 brought the opportunity to broaden my horizon beyond the town I grew up in and experience a series of firsts in my life...

I took my first airplane rides on recruiting trips to San Francisco State University and UNLV...

I saw snow for the first time (remember, I'm a southern California kid). We played Northern Arizona in Flagstaff AZ. It started snowing the morning of the game and by kick-off (8 pm) that night the sky was still dropping snowflakes. I got a unique introduction to the elements and a memento from the game.

Weather at game time showed no mercy...Due to the lack of visibility down field, the quarterback threw to the halfbacks, a lot.. thus my memento from the game.


I also got to fly across country for the first time. The UNLV Rebels were opponents of the Miami Hurricanes. We played them in Orange Bowl Stadium. The stadium was torn down in 2008.

My first year (1971) we played our first home games at a local high school. By mid season  the Las Vegas Stadium was finished and I played my first game on it's artificial turf. 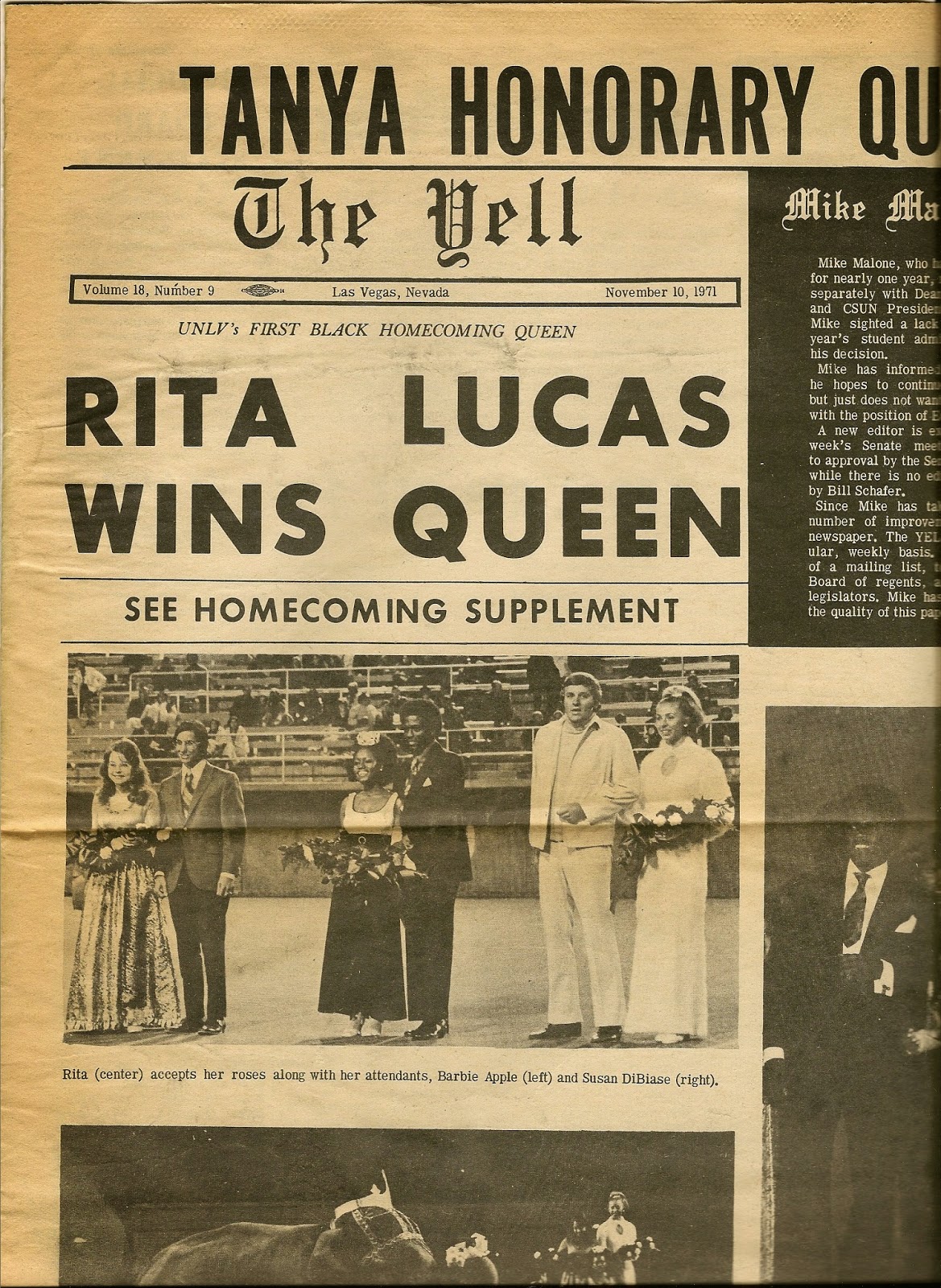 Though I did not witness it personally, ( we were in the locker room at halftime plotting strategy for the second half) UNLV crowned its first Black Homecoming Queen. Not a big deal in today's world, but this was newsworthy in the early 70's.

My summer job this year was making fire hydrants at the James Jones Company . I can't walk
past a fire hydrant in southern California without looking for the name 'Jones' stamped on it (see top).

After a 6am to 3pm shift and a quick shower, on to my second job as recreation leader at Huntington Elementary school. Board games for the kids and wildly exciting volleyball for the older crowd:-)

(below) Wayne Nunnely and I prepare to ride to LasVegas in his VW.   Wayne, a junior had gotten a scholarship that year and I was entering my senior year at UNLV.  Wayne went on to graduate and entered into a stellar career in coaching at the high school, university and professional levels, retiring from the Denver Broncos after spending over a decade with the San Diego Chargers. 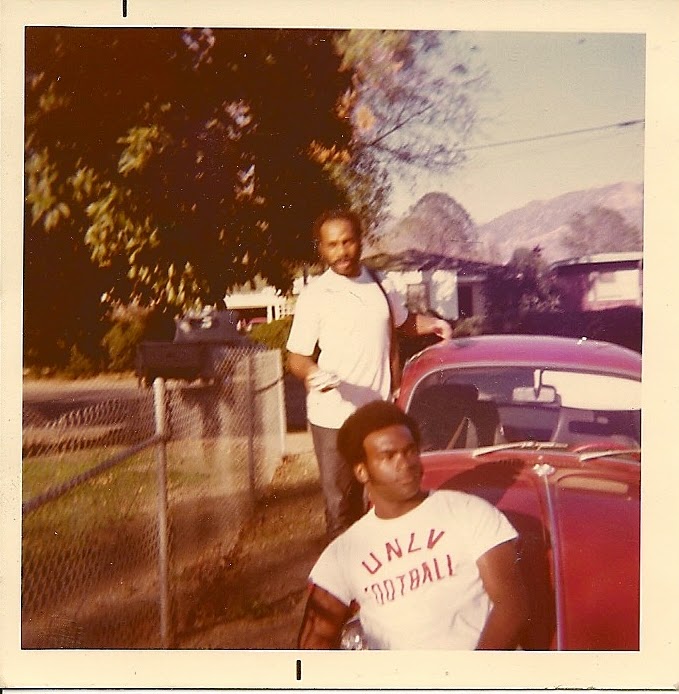 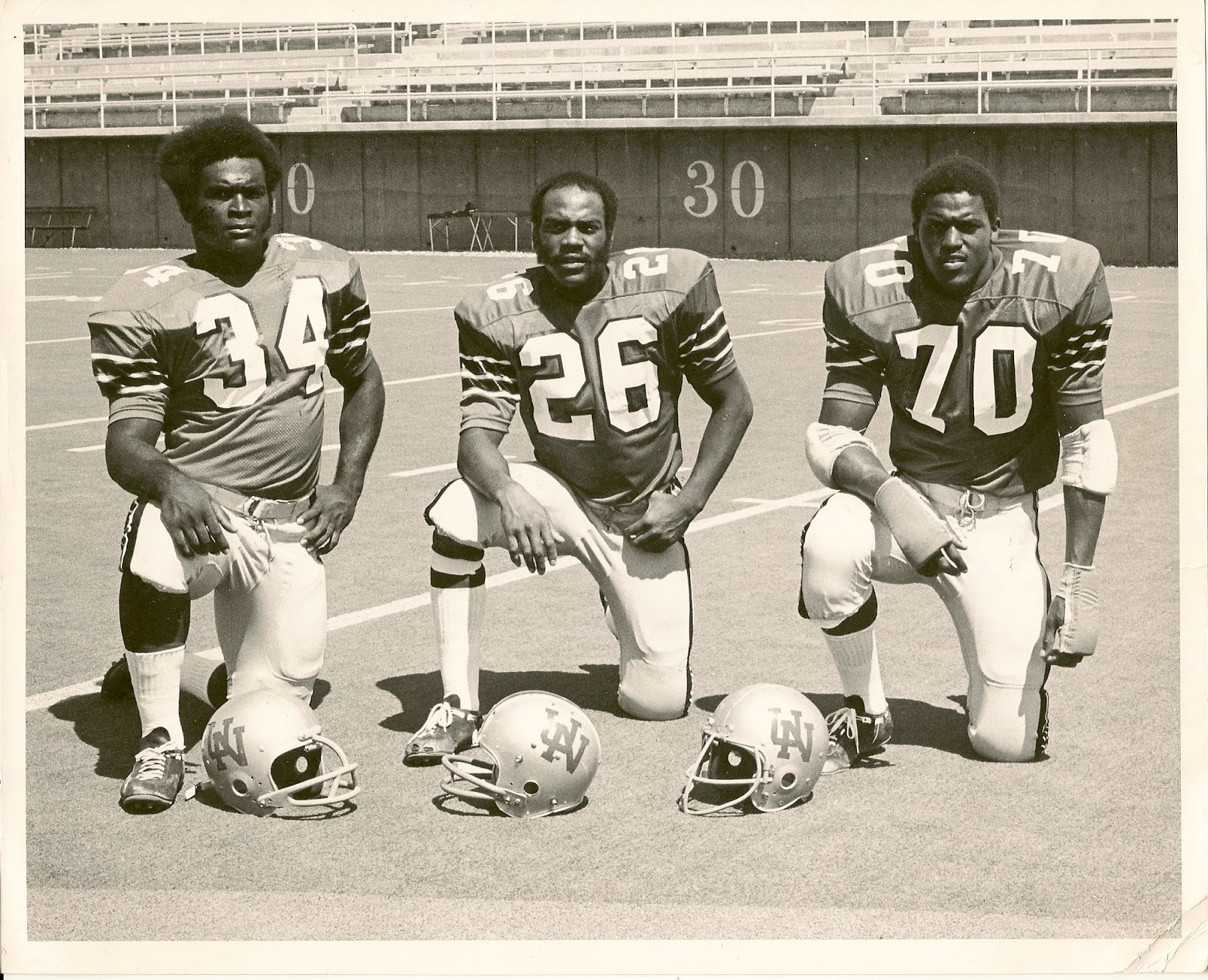 The Citrus connection...
Wayne #34, myself #26 and James (Wildman) Branch #70 were recruited from Citrus Junior College in Azusa CA. Over the years I've kept in touch with Wayne but lost track of James since school.

My football life comes to an end.
Through competition I learned a tremendous amount about life, had unique experiences and met a lot of great people along the way.  Through discipline and exercise I gained an appreciation for taking care of my body and this carried over to my understanding of  it's movement, balance and anatomy which is so important in the field of animation which I would eventually enter. 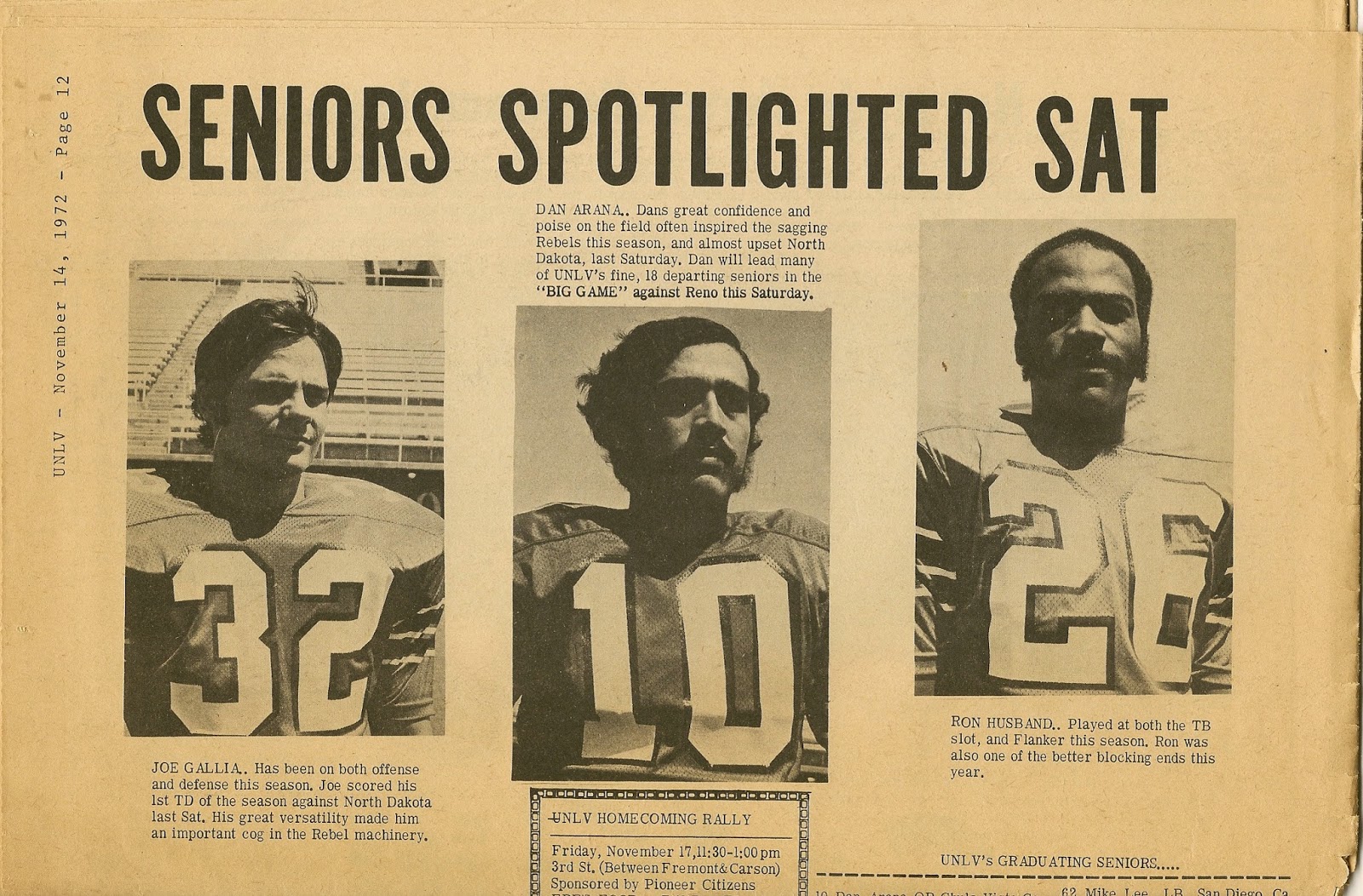 Student Athlete...with the emphasis on student-
Not everything in my life at this time revolved around sports. Along with classes I had two and at one time three part time jobs.  I had married my childhood sweetheart LaVonne. She was back in Monrovia working and raising our two boys.  I was on my way to getting a diploma but it was going to require me to take 18 units the first semester and 19 the next...oh yeah, while working two part time jobs...


One, as an artist for the school newspaper...

and the other as a model for the photography and drawing classes. 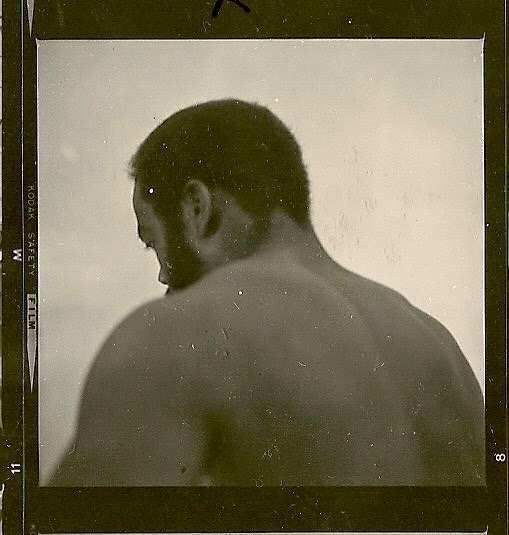 I left the University of Las Vegas with a BA degree. . I did not walk in the graduation ceremony. After my last final I literally took off for home to look for a job. The university mailed the degree to me.

My aim was to be a commercial artist, illustrating books and magazines. Little did I realize there were no commercial art jobs in southern California, not any that would be willing to give a newcomer to the field a start. I came to realize Chicago and New York were best suited for a rookie like myself  as those two cities had much of the publishing work.

The department had one person who got all the 'gravy' technical illustration assignments (exploded views, equipment diagrams etc.) The rest of the crew were given block diagrams and flow charts to do. Not very creative for a guy who had visions of illustrating magazine spreads.

This stifling of my creative outlet led me to take a class at an art school, which led to a path to the Disney Animation Studio and the rest, as the saying goes, is history... my history.

(To read about how I got my start at Disney, see my previous post here).

Now, on with Finding a home in Fantasia :-)

Finding a home in Fantasia...part four

Leading up to High School Graduation...
The things you do and decisions you make in the 'now' affect circumstances later in life...

Junior year in high school...
Driving my Mom's car I pulled into McDonalds for a burger. Rick Harrison, center on our football team, was at the window taking orders (no drive thru in those days) ..."Want a job?"..."Sure".
Rick had a quick talk with the manager, I got handed an apron.  "Fill out the paperwork tomorrow."

Next thing I know, I'm at the window taking orders.  A worker did not show up and it was the '10 pm rush' and the crew was short handed... instant employment.

The manager took a liking to me and saw that I got training to move up the ladder within the franchise. From taking orders to 'french fry man'. Then on to "the grill" cooking burgers and steaming the fish fillet sandwiches. After a few months I had advanced as far as a 16 year old, part timer could go. A five cent an hour raise went with my rise to the top.

I worked part time and summers through high school....Made good pocket money, but working 'closing' during the week left me barely able to keep my eyes open in first period geometry class. Came that close to getting an F.

I also saved enough money to buy a '57 Chevy for transportation my senior year. This was 1967:-)

The McDonalds job was part time for the manager. His first eight hours was spent at Consolidated Electrodynamics. Knowing I was graduating he asked if I wanted a summer job at the company. Without hesitation I said..."yes".

While filling out applications for college I discovered I had not done my research. What my high school counselor, family and friends failed to tell me was that I needed SAT scores. I had already graduated when I took the tests at the University of Southern California in early June.
Art Center College of Design could not make a decision about my admittance until they got the test results.

I would have to wait.

The graduation ceremony was on a Thursday, that next day I started at Consolidated running a machine that made blueprints for the draftsmen. The machine was powered by ammonia and the fumes were overpowering. My brother Lennie gave me a gold plated watch for graduation. By the end of summer, the fumes had worn away the gold plating:-)

Mom had left me a note..."call this tonight".

Walt Gurney was the head football coach at Azusa high school. We had played them my junior year and the coach said he remembered me from the game.


Coach Gurney was coaching the East San Gabriel Valley All-Star football team against the West team. They had already started practice and a player got injured. There was an open spot on the team..."Would you  be interested in playing?..as an alternate you'll probably play defensive back"...my answer "YES, of course."


It only took a few days of practice to erase the alternate status... 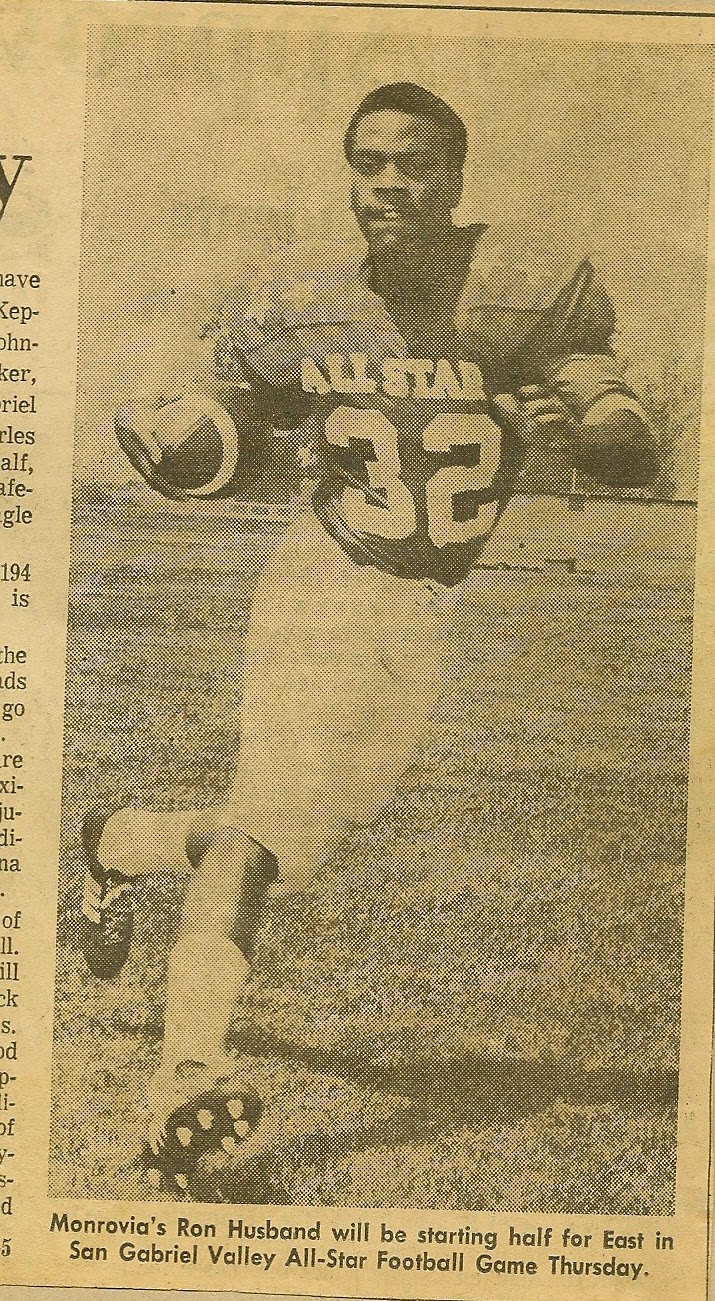 My summer job ended, still no word from Art Center. Too late to enroll at the local Junior College. I found employment at the perfume maker Avon Co. I was a dishwasher in their cafeteria waiting to hear from the art school. To keep my creativity alive I took a class at night at Art Center's campus.
The long wait had had it's effect on me. I had gotten discouraged about attending art school and registered at Citrus Junior College.

Around Christmas time I got word from Art Center. They had gotten my test results and I was accepted into their program. I had already made up my mind to attend Citrus, besides I did not have nearly enough to pay for tuition to a top art school.

Citrus College- Art and Football...
I knew I wanted to do something in the field of art, just what specifically was the question I had to answer.

I had been carrying a sketchbook since high school.  My constant sketching gave me a partial answer.  I took classes in medical illustration and found it was not my creative outlet.  Drawing, painting, drafting, sculpting and illustration at Citrus helped fuel my fire for art.

I played football for the Owls of Citrus and after two years I left with an AA degree and was offered a scholarship to play football at the University of Nevada Las Vegas.

Getting closer to explaining how I got on the cover of  UNLV magazine.