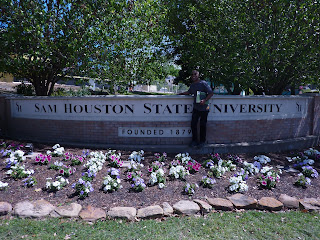 Willie Williams, Assistant Professor of Animation at Sam Houston State University located in Huntsville TX and I met a few years ago at Creative Talent Network.
CTN for short, is an international gathering of animators, illustrators, film makers, creatives etc.held in Burbank, CA each year.
At our first meeting a few years ago Prof. Williams extended an invitation for me to visit his students at SHSU. Last week it finally happened.

This photo taken right before the animation students enter the classroom. 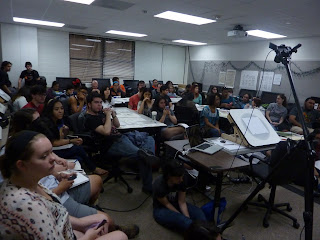 as I gave a drawing demonstration. 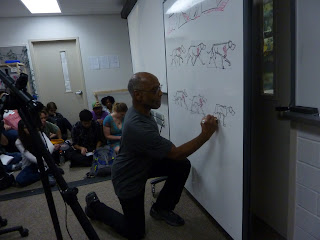 The students and I pose after the demo and Q&A session. 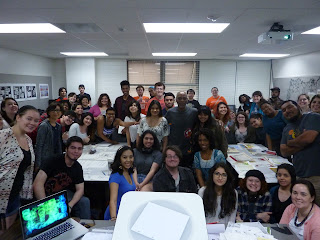 I had the opportunity to sign a few books, VHS and CD covers, sketchbooks, scraps of paper and even a sun visor... 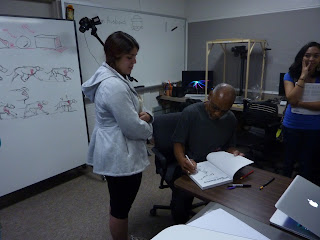 critiqued a sketchbook or two... 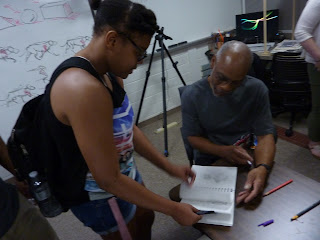 passed on some helpful advice... 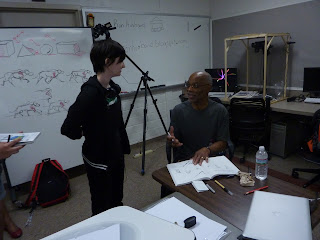 and encouraged a student who just the day before wanted to call it quits. Now she feels 'I can do this'. 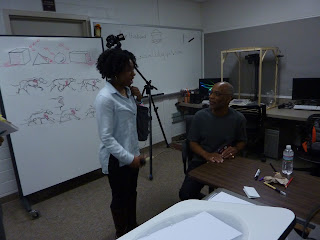 Later that evening...
a lecture and power point presentation to an almost full auditorium of animation, art students, faculty and public. To my surprise many non art majors attended and commented I spoke meaningful words to them too. 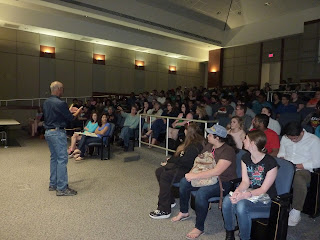 There is always time to sign for those kind enough to hear what I have to say and wait in line for a signature. 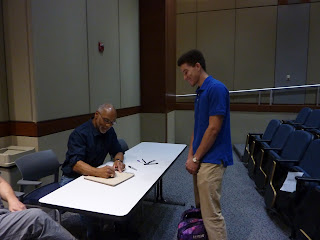 Thursday April 7th...
On the way to the airport we stopped off for lunch at the #1 Bar-B-Que restaurant in Houston, Corkscrew. 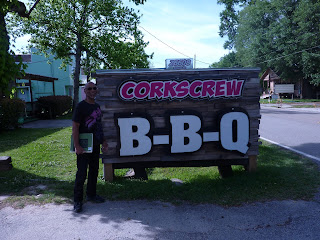 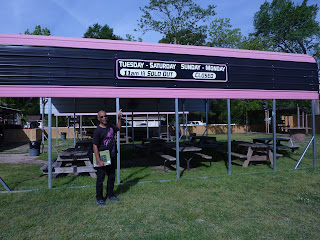 We got there early (10 am) first to place our order. The first 26 or so get a number, the rest form a line. All food prepared fresh that day, or should I say the morning before and as the sign says "11am to sold out".
One bite of brisket, sausage, ribs, beans or cobbler and you'll know why it is the best BBQ I've ever tasted.

Kamm, the manager of Corkscrew took this picture for us... 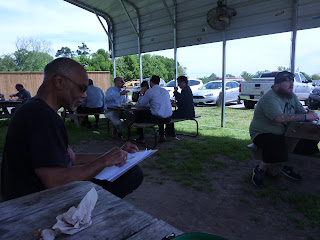 Meeting at the George Bush Airport...

Nate 'Hawk' Hawkins met me at the airport. Hawk and I played football at the University of Nevada, Las Vegas back in the 70's. He was on the first football team UNLV fielded in 1968.
He started as a receiver all four years and holds or held records for most yards receiving(173) in a game, touchdown passes caught (2) in a game and longest pass play (82 yds.) in a game.
He was one of the few football players to graduate. His determination, work ethic and friendship gave me the incentive to graduate the next year.

Nate was drafted by the Pittsburgh Steelers and retired from the Houston Oilers after a few seasons. He is originally from the Houston TX area and resides in Pearland TX, supervising a crew that unload cargo ships that pull into the Houston Harbor.
We talk at least once a year as we were born on the same day and call to wish each other a 'happy birthday'. We hadn't seen each since Sept.19, 1997 in Las Vegas for a tribute to Bill Ireland, first coach and 'Father of UNLV Football'.
This was truly a special occasion for both of us.