In my pieces, I try to include as much stuff/business as possible to present different levels of entertainment for the eye. After all, who wants to look at a boring illustration?

At this point, in my latest project, I'm looking for places to add some thing or some one but not to detract from the main theme and focus of the piece.  Silhouette, value, texture and composition are the criteria for their inclusion. With all the activity going on, these added forms are designed not to stand out but to contribute to the whole.

If you had not noticed, in part 2, I added a little boy (far right corner between Cracker Jack salesman and boy reaching) and a tree (right side, middle).

Now I'm working the darks. This will give the illusion of depth to the illustration. As you can see at this stage the areas that are not inked stand out in the foreground.

From a distance this line of guys (lower left corner) is leading the eye into the illustration...

I'm still looking for areas to darken and to go darker in places already darkened.

I mentioned the hats on the men along the left corner leading to the center. These hats, when inked, will be important later, as they will be a visual buffer when the playing field is inked.

Additionally, this illustration served as the backdrop for the film team of Michael Fiore and Eric Sharkey (Drew:  The Man Behind The Poster) as they filmed and interviewed me at my desk for the piece they are doing on the life of Disney Legend and animation pioneer Floyd Norman. (I do not have any details to a release date at this point)

A few months ago I had a great conversation with Disney enthusiast Tammy Turner of The Tiara Talk Show. She is re-airing our chat.
Here is the link:

I promised to keep you posted on the progress of my latest piece. If you need to catch up, the first steps are in the 'Starting a Pen and Ink Illustration...' dated 7/12/14. 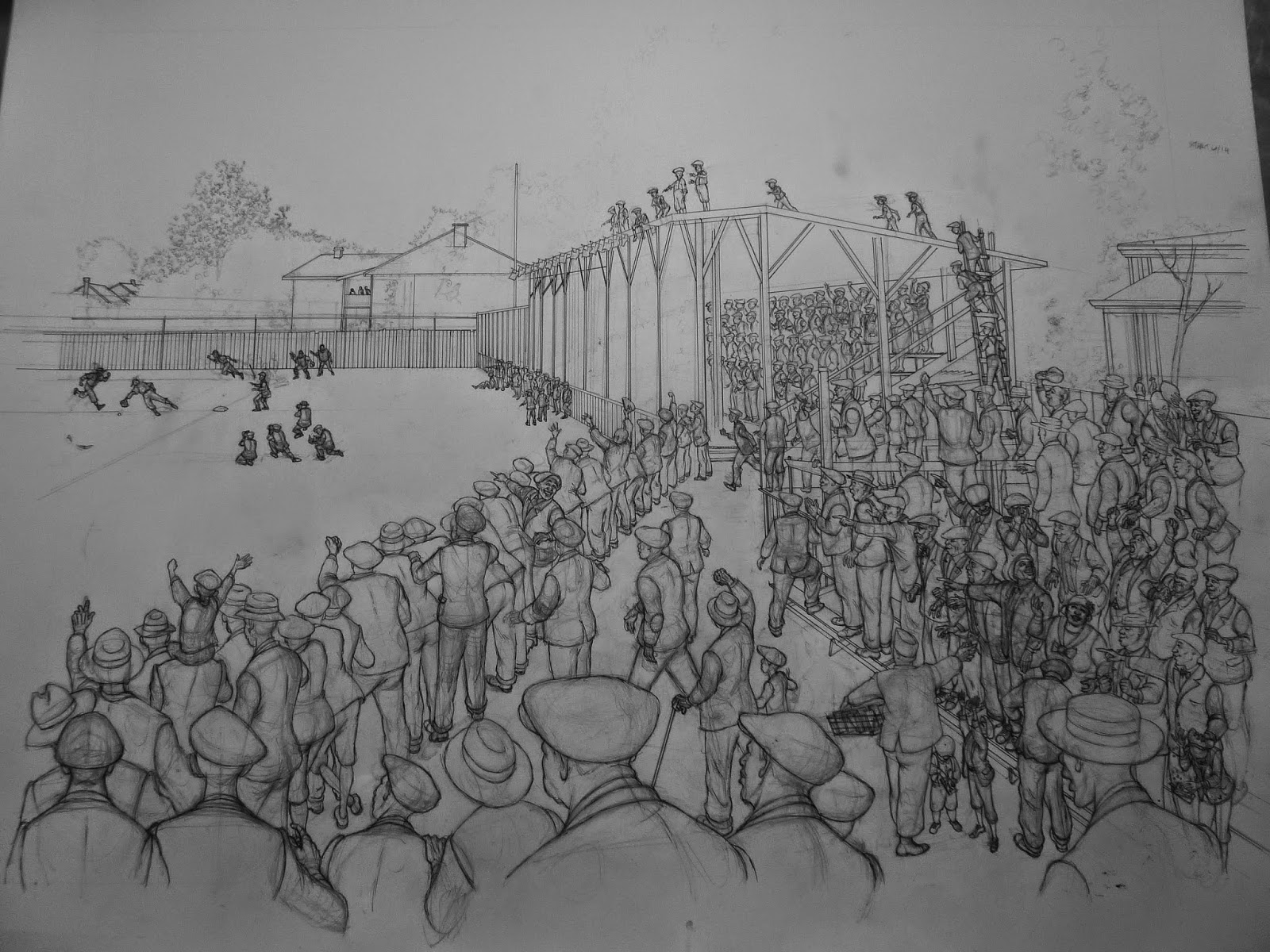 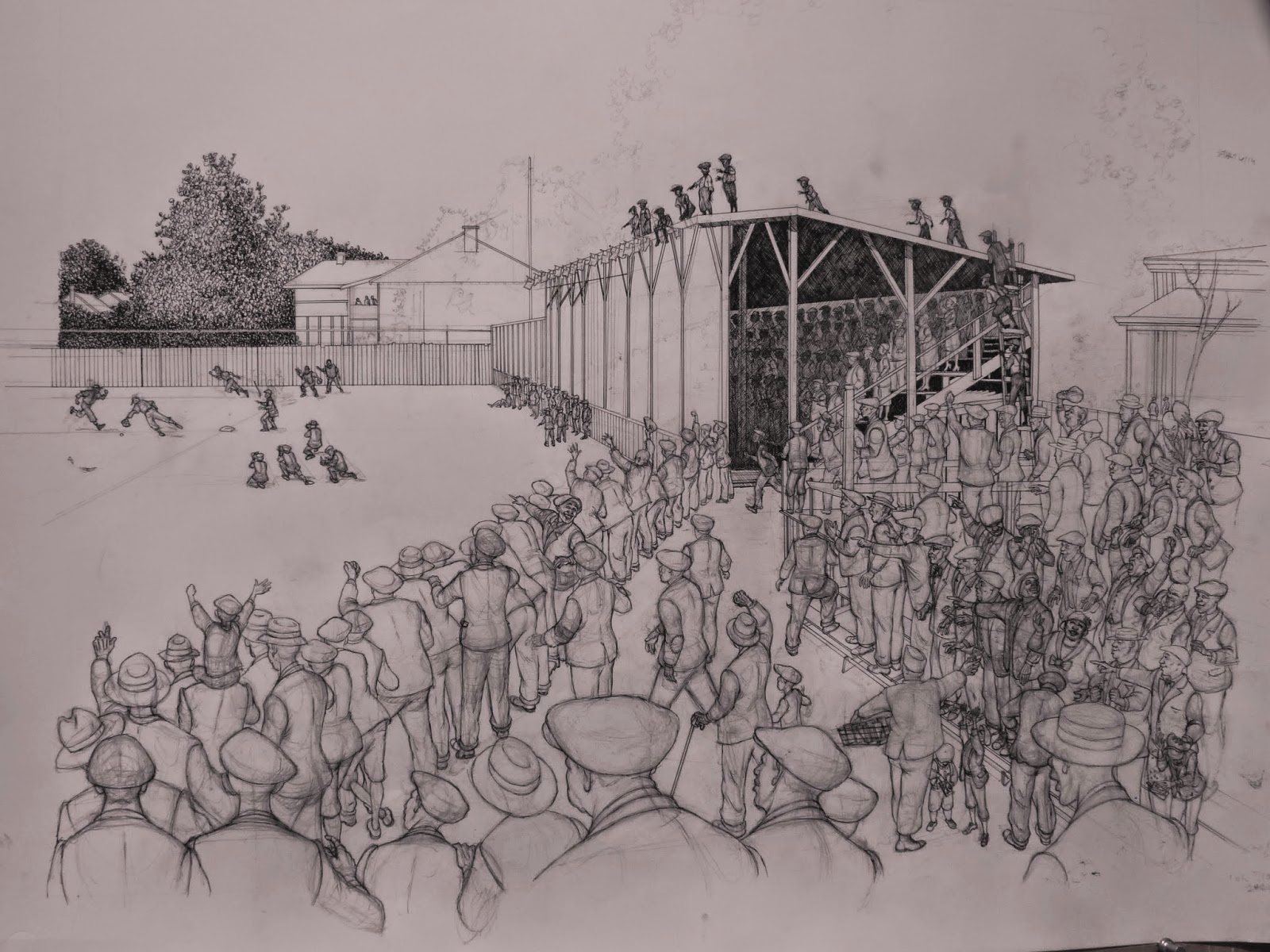 Space Raider Trailer...
My son Jai is animating a series for the company he is working for, here is a link that will appear on U-Tube.